David had recently moved to Chicago from Oregon and was looking for a way to train hard in a sea level location in preparation for the Chicago Marathon where he is trying to achieve a sub 2:40 marathon.

“It is well known within running circles that the very best in our sport train at altitude. The idea is to do more taxing workouts at elevation with the hope that it makes racing at sea level much easier. Chicago does not quite fit the mold for the most ideal locations to train for endurance events.” When David heard about Well-Fit’s altitude room, he knew he wanted to try it out to improve his overall running fitness since he did not have much experience training at altitude at all. He said although he knew it would be difficult, he underestimated just how difficult it would be in the beginning. 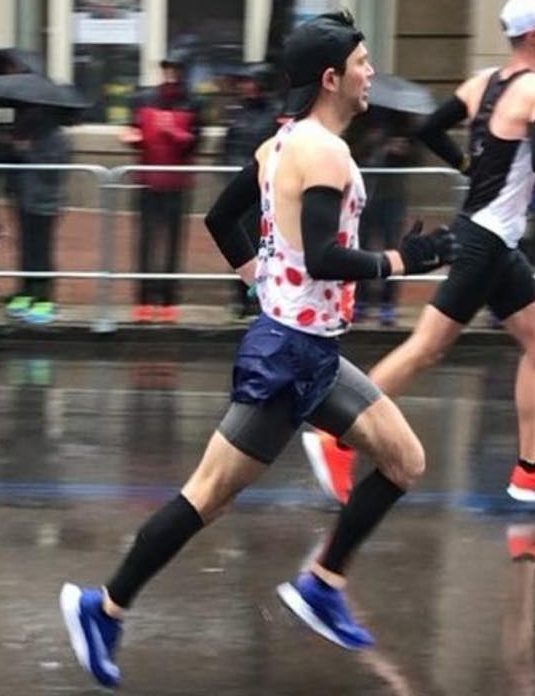 At the start of his sessions, David could not complete 6 x 3:00 interval workout at half marathon pace. He was forced to play around with paces and rest times to get through the sessions. However, at the end of the program, he was able to complete 6 x 6:00 at his half marathon pace- a huge improvement from the start. He knew he was gaining fitness.

David’s 12 minute test on either end is also telling of his success. Before beginning his training, he averaged a 5:16 pace. After 5 weeks, he dropped down to 5:09. He was ecstatic and said he felt like he could have continued at that pace. He said he felt like he has been stagnant in his paces over the past couple of seasons and altitude training was something that pushed him and ultimately helped him improve.

“Altitude training made my body feel stronger when completing sea level sessions,” he said recently after completing his recent long run (22 miles) at the pace of his best marathon time. “My breathing was still easy and my legs felt great. I am optimistic that altitude training will carry over in the marathon.”

David looks forward to reaching his sub 2:40 goal in the Chicago marathon on October 7.