Sam Browning came to us last summer to train for his first triathlon ever, the Chicago Triathlon Olympic Distance race in August 2017. He quickly realized how much he loved the sport and joined the Elite team in December. He has been training at altitude since February and in May raced his first Ironman 70.3 distance in Chattanooga. He said that based on his Olympic distance time, his goal time was around 5 hours and 30 minutes. Despite the 95 degree heat on race day, he finished in 4 hours and 51 minutes- nearly 40 MINUTES faster than he expected! He said he kept checking his bike computer expecting his heart rate to be much higher than it was because of how fast he was pacing during the bike and it stayed steady throughout. 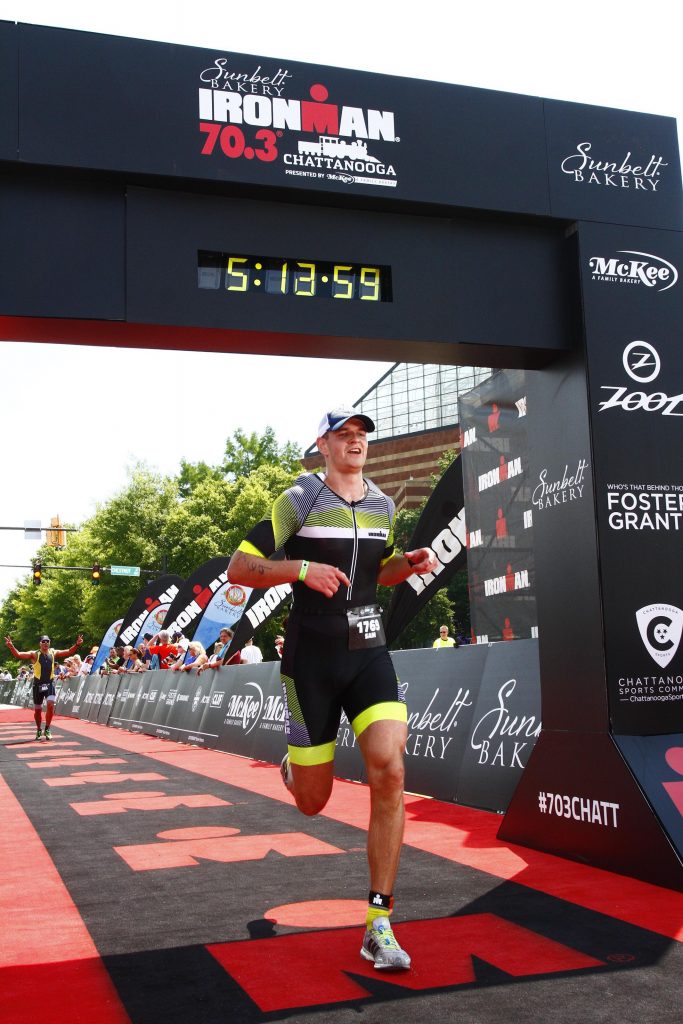 “I have seen both my FTP and run pace increase since doing a couple of intensive blocks of training (around a month at a time 3x per week) in the altitude room. I would encourage athletes who are thinking about it to check out this video as it sums up my experience very well: https://www.youtube.com/watch?v=D9LwZd1bgYE – I think the benefits come from the structure around very short very intense interval training, combined with a lower percentage of oxygen than you are typically used to at sea level, helping your body to become more efficient outside of the altitude room. The reality is that there have been very few scientific studies to conclusively show that it’s the simulated altitude that makes the difference, but for me the results of the training blocks in the altitude room were huge.”