Although Mary has completed a handful of triathlons in the past, 2018 is the first full year she has trained for triathlon. She had a big year this year, competing in Muncie 70.3, USAT Age Group Championships, Chicago Triathlon Triple Challenge and in October, she will attempt her first full Ironman in Louisville. She joined the altitude booster program to hopefully perform to her absolute potential at Ironman Louisville.

Coming into the program, she described herself as “terrified” during the first few workouts. She said it took her a week or so to get used to the altitude- her heart rate would escalate quickly during those first few workouts and she said concentrating on her breathing helped a lot. She said she carefully monitored her heart rate and oxygen levels over the course of the program and noticed her body adjusting over time. By the end, even though the workouts were harder, she felt so much stronger and her endurance increased. She said she was able to hold a “fast” pace for longer than previously, and her heart rate was actually a lot lower even though I was going fast.

So far this year, the altitude room has proven to improve her results in a big way. She knocked 6 minutes off her Chicago Triathlon Olympic triathlon despite 90 degree temps! In her final test, she dropped 20 seconds off her mile pace over the course of 12 minutes. In late September, she also had HUGE results in the Chicago Half Marathon. Her best ever time was a 1:42 and she dropped 2 full minutes off that time (on tired Ironman training legs to boot!), almost breaking 1:40 with a 1:40.14.

She looks forward to seeing what kind of results she can produce in Louisville! 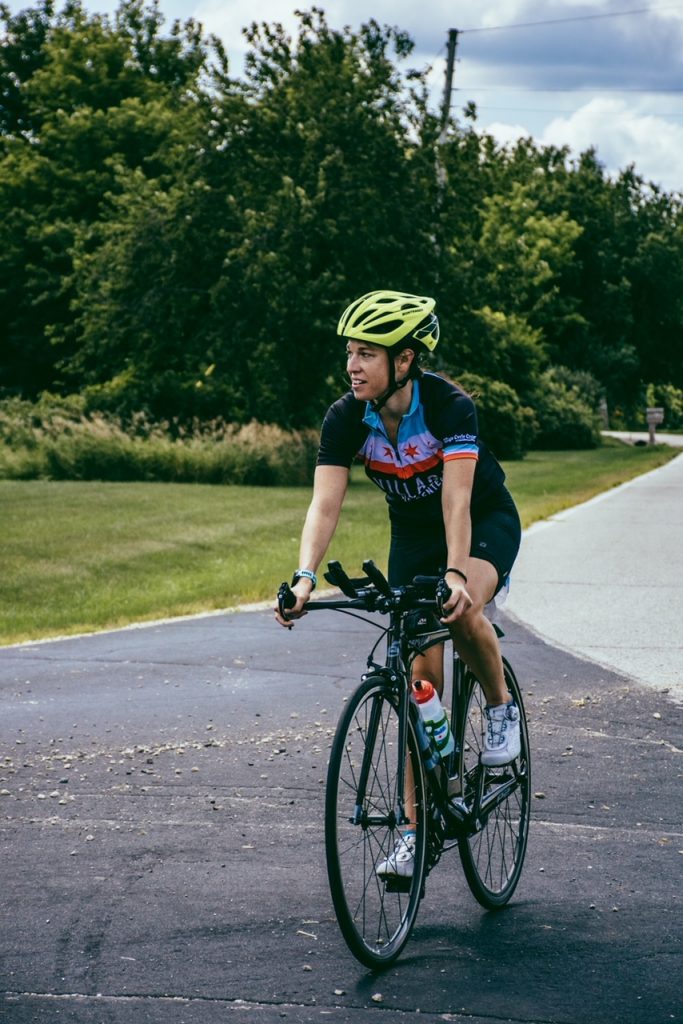